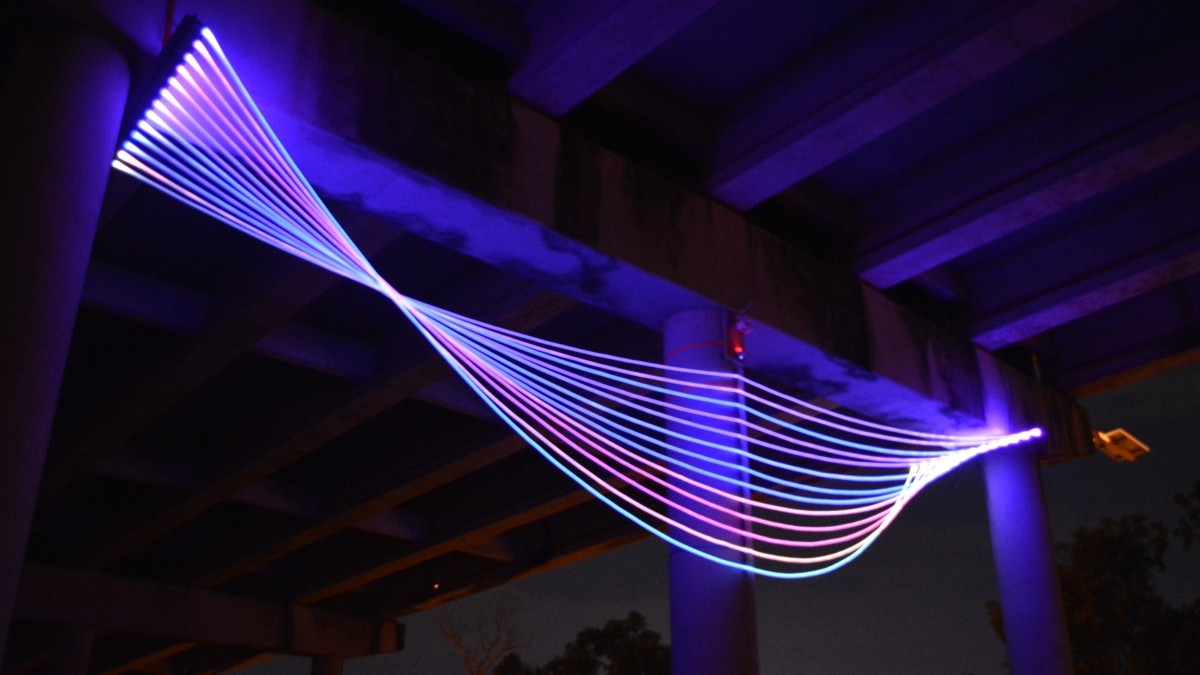 In 2015, the City of Austin was designated as a UNESCO City of Media Arts. It is the only city in the US to have achieved this and aims to use it to introduce the city’s media and arts innovators to a worldwide audience. Austin’s designation was particularly based on its long tradition of presenting cutting-edge art installations, while its contemporary digital culture has led to the rise of multidisciplinary arts experiences involving digital technology. These experiences, which often happen in public spaces, regularly engage non-traditional audiences in creative and unexpected ways, and showcasing digitally inspired art is now one of Austin’s cultural priorities.

Playable City Austin launched in 2015 to develop imaginative new ideas for urban spaces and to engage. In partnership with UK-based Watershed, the City commissioned ‘Hello Lamp Post’, a ten week project in which thousands of people across Austin ‘conversed’ with lamp posts, bus stops, bridges and other infrastructure throughout the city, through text messages. More recent commissions include ‘Wander’, an interactive, choose-yourown adventure installation featuring a sculptural beacon and mobile-optimised web app which takes visitors through downtown Austin.

As a member of the UNESCO Creative Cities Network, Austin works individually and in partnership with other UNESCO cities to promote creativity and cultural industries, strengthen participation in cultural life, and support the integration of culture into urban development plans. Through several initiatives, including a partnership with South by Southwest that showcases media arts and artists, and participation in international exhibitions hosted by fellow Media Arts cities, Austin has generated wide ranging exposure for local media arts artists and highlighted its position as a trendsetting global city at the intersection of art, music and digital technology. The designation is expected to continue to strengthen international relationships, encourage creative industry development and boost cultural tourism.