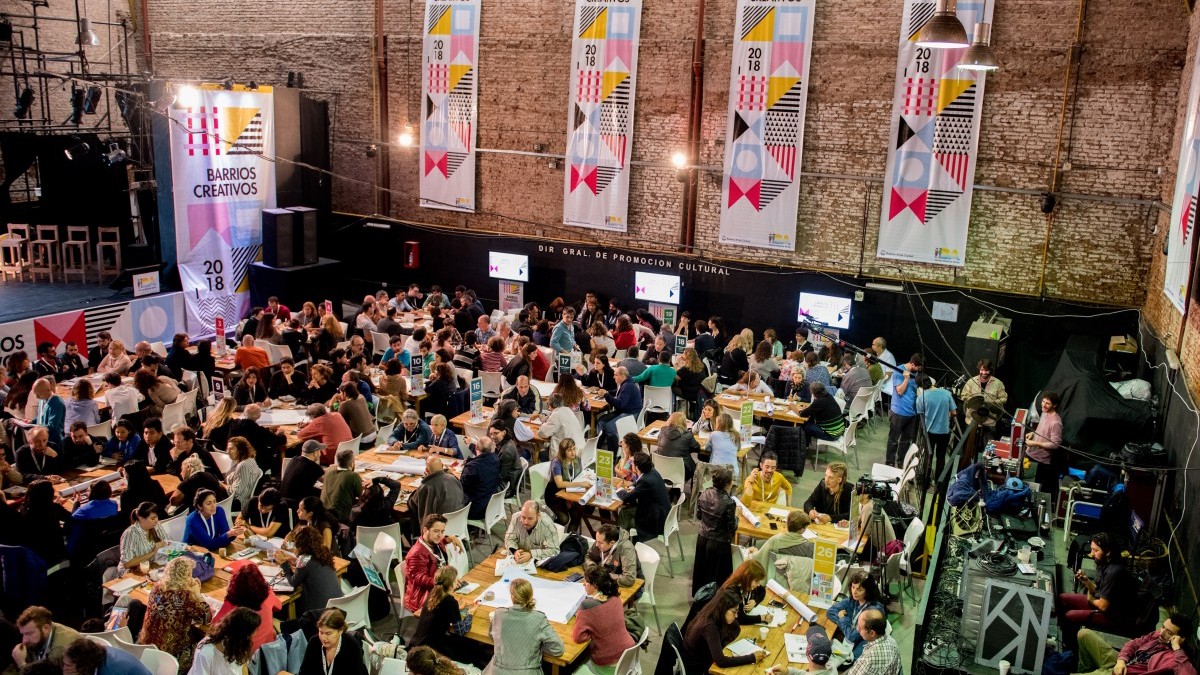 Representing and engaging communities through citizenled culture is increasingly important to cultural leaders in local governments. The Mayor of Buenos Aires has made cultural access for all citizens one of the key objectives of his government.

Launched in 2018 by the Ministry of Culture, Barrios Creativos (Creative Neighbourhoods) is a new project that aims to widen cultural access with a focus on locality. It takes the form of a contest in which cultural organisations, representing different boroughs within the city, present a proposal for an annual programme of cultural offerings across their community. The proposal will give details of all the activities they plan to showcase in their local area over the coming year. There will be an overall winner, plus three special mentions and the evaluation committee will select a further 11 activities from across the submitted proposals to take place in 2019. The initiative will involve 30 different groups working over a five month period, each coordinated by a mentor who will help them develop and submit their bid. The City expects to receive at least 25 out of 30 completed proposals.

It is hoped Creative Neighbourhoods will give greater long term visibility to each of the neighbourhoods highlighted, increasing their own sense of identity and belonging. The initiative is designed to create and reinforce local cultural networks by promoting strong relationships between cultural stakeholders in different districts. It will also encourage the circulation of people between neighbourhoods, as well as increase the visibility of alternative cultural forms across communities.

Buenos Aires hopes to learn from a similar, recently launched policy in London entitled London Borough of Culture. Following London’s example, the areas it wants to address are how to maintain and strengthen relationships with boroughs, how best to engage with boroughs over the long term following an award, how to ensure winning boroughs continue to support bottom-up activity, and how to measure the policy’s success within an evaluation framework that fits into the City and the Mayor’s wider vision.