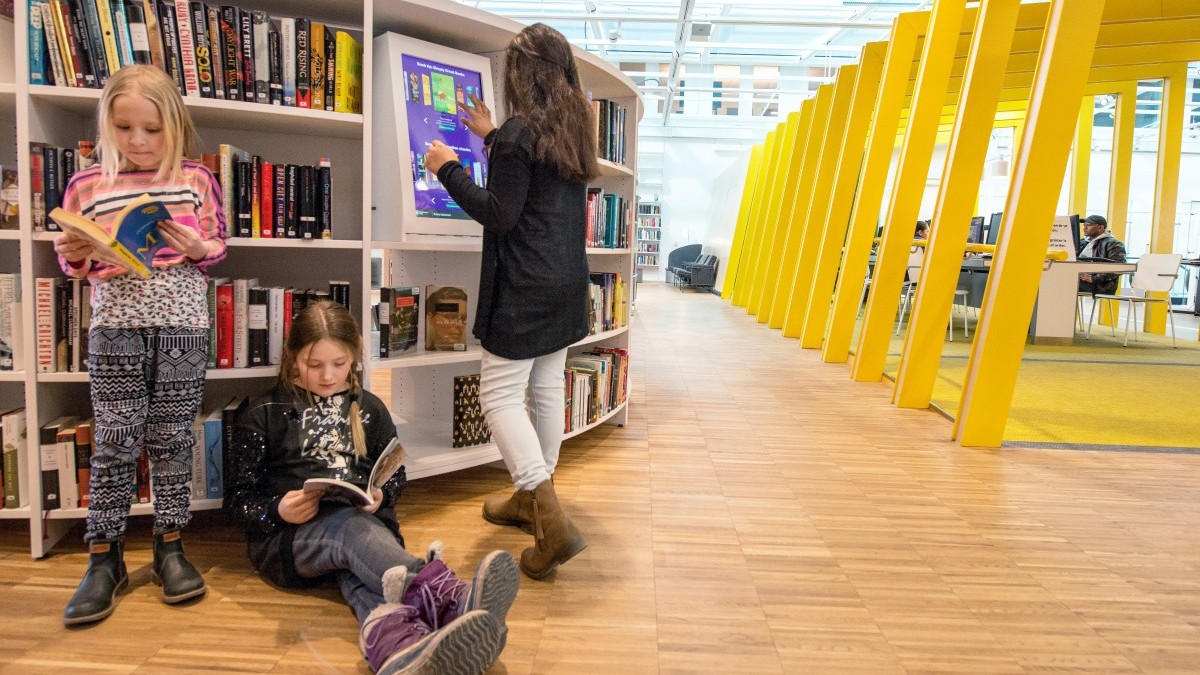 The City of Stockholm’s Public Library system – which currently includes 40 libraries and counting – tapped into the growing digital culture of the city in mid-2016 to unveil Bibblix: a reading app geared towards the city’s future digital natives aged 6–12 years old. Bibblix broadens the opportunities for Stockholm’s youth to engage with reading, a statistic that has been on the decline in recent years despite library efforts to prioritise its youngest visitors.

To keep things simple, accessible, and above all fun, Bibblix was developed hand-in-hand with children and beta tested within a library setting. The Stockholm Public Library and Digital Library collaborated with Malmö’s and Katrineholm’s public libraries to realise Bibblix through a combination of social research and technology. Like most software development, Bibblix underwent many rounds of trial-and-error in order to determine the difference between web designing for children and for adults. This process was equally educational for the Bibblix team as well as its future users, in that they uncovered significant findings for the future of libraries that extends far beyond the app itself. For instance, developers discovered the need to simulate the experience of spending time with a librarian, rather than simply display text and pictures in an entertaining and educational manner. This is an idea that runs counter to most digital learning tools geared at children, which tend to prioritise sensory stimulation over human interaction. Bibblix also targets future digital natives from a variety of cultural backgrounds and who are primarily at the beginning of the learning curve, in order to maximise the potential benefits of this technology amidst Stockholm’s ever-diversifying population.

With over 80,000 users, Bibblix has become a sweeping success story over the past few years. The service is a digital facelift to Stockholm’s long history of democratic access to libraries.