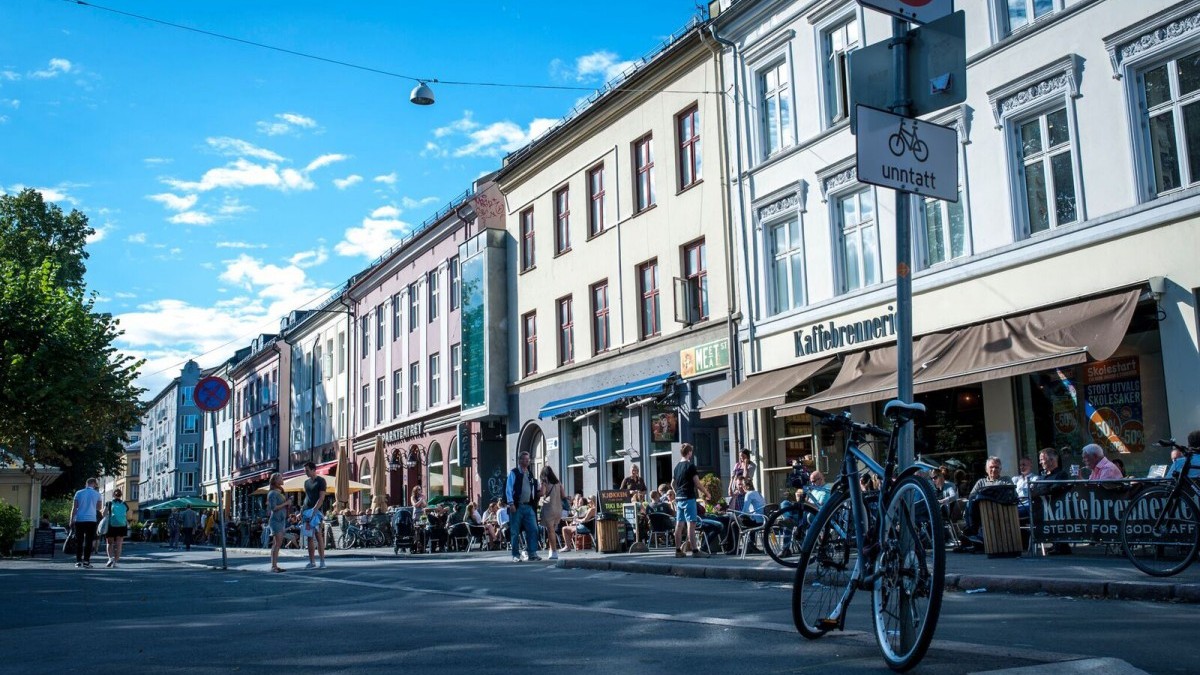 Car culture can dominate city space and make many other social and community uses impossible. Oslo City Government wanted to create a greener and more vibrant city with room for everyone. Since 2015, it has been gradually implementing plans to reduce traffic in the city centre, as well as pedestrianising whole areas and in general prioritising walkers and cyclists over cars. This has not just created space for pedestrians but has also encouraged the use of city public space for a wide variety of creative, artistic and community purposes.

Oslo City Council undertook a 2015—19 Plan to transform an area of 1.3 square kilometres into a better urban environment. However, believing that a more varied and welcoming city space cannot be imposed by the City, but must come from collective agreement, the plan has been developed with input from city residents of all ages, businesses and interest groups. In 2017 six designated pilot areas were the first to experiment with the initiative and 700 parking spots for private cars were eliminated by the summer of 2018.

Implementing large scale change can be difficult, and the change has therefore been gradual, with car traffic restrictions being introduced temporarily to streets and then evaluated before moving to a permanent change. This allows adjustments to be made along the way where necessary as the project moves forward. Areas previously occupied by cars can be used in a variety of ways including outside dining, cultural activities including temporary stages for performance, art, bicycle stands, playgrounds, pop-up libraries and street furniture.

The City intends the roll out of car free zones to continue to 2019, with a central aim of improving life for residents. The work is making Oslo a greener and more environmentally friendly city, as well as offering the social and community benefits of bringing people and life back onto the streets in a more neighbourly and inclusive city.