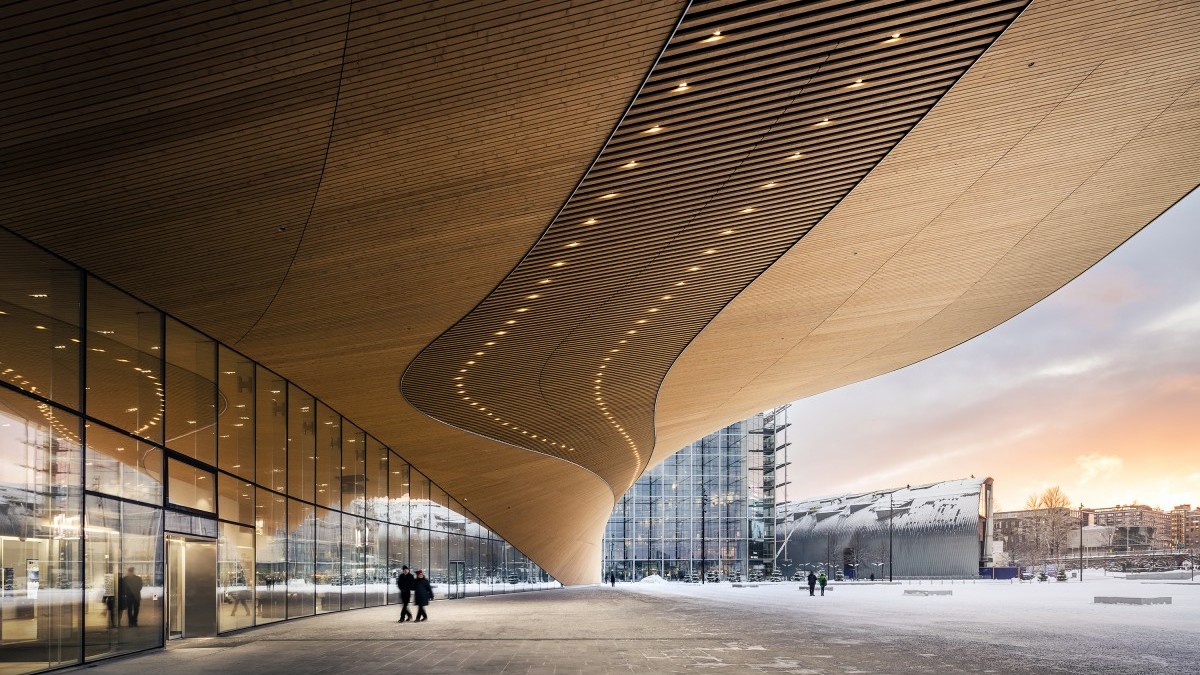 The City of Helsinki wants to promote projects that bring all social classes together and help its citizens stay ahead of the digital curve. The major new Central Library Oodi will help achieve this, as well as offering a much-needed noncommercial space in the centre of Helsinki and a landmark expression of national identity.

Finland has a strong library culture and was named by the UN as the world’s most literate nation in 2016, with its population of 5.5 million borrowing 68 million books each year. At a time where there is a trend towards library closure and decline in other European countries, Helsinki is investing €100 million in a new flagship library building, constructed in the Töölönlahti cultural area opposite the Parliament. Opening in December 2018, the 10,000 square metre space will house 100,000 books but will also include many other facilities including a movie theatre, event spaces, a playground and offerings to equip its citizens for the digital age such as 3D printing and other makerspace technologies. It is spread over three floors with the ground floor focused on events and dialogue, the middle floor on technology, music, community building and maker spaces, and the top floor on literature, children and families. Oodi will also lead and strengthen Helsinki’s existing network of 37 public libraries.

The project was funded by the City of Helsinki and Government of Finland and led by City of Helsinki’s Culture and Leisure Division and its Library Services. Co-operation partners include agencies like the National Audiovisual Institute and the European Commission. But crucially, the project included a very strong participatory design process involving local citizens, the first time this approach has been employed in Helsinki in a project of this size. This has been vital, as the project does not just aim to offer books and services, but to actively encourage a healthy democracy by creating a space where people of all social classes and communities can meet on an equal footing. The result is an ambitious but welcoming architecture and a variety of events and services designed to develop a sense of ownership to its users.

Once opened, Oodi Library is expected to become Helsinki’s most popular public space, with 2.5 million visitors each year enjoying a choice of more than 2,000 events. It will also be conceptually ground-breaking in helping to rethink what a traditional institution like a library can do and be. This will offer a blueprint for developments in the future which help address common urban problems ranging from social cohesion to developing digital skills. It is hoped that this landmark space will gain international attention as a tourist attraction, both for its architecture and the variety of activities within.