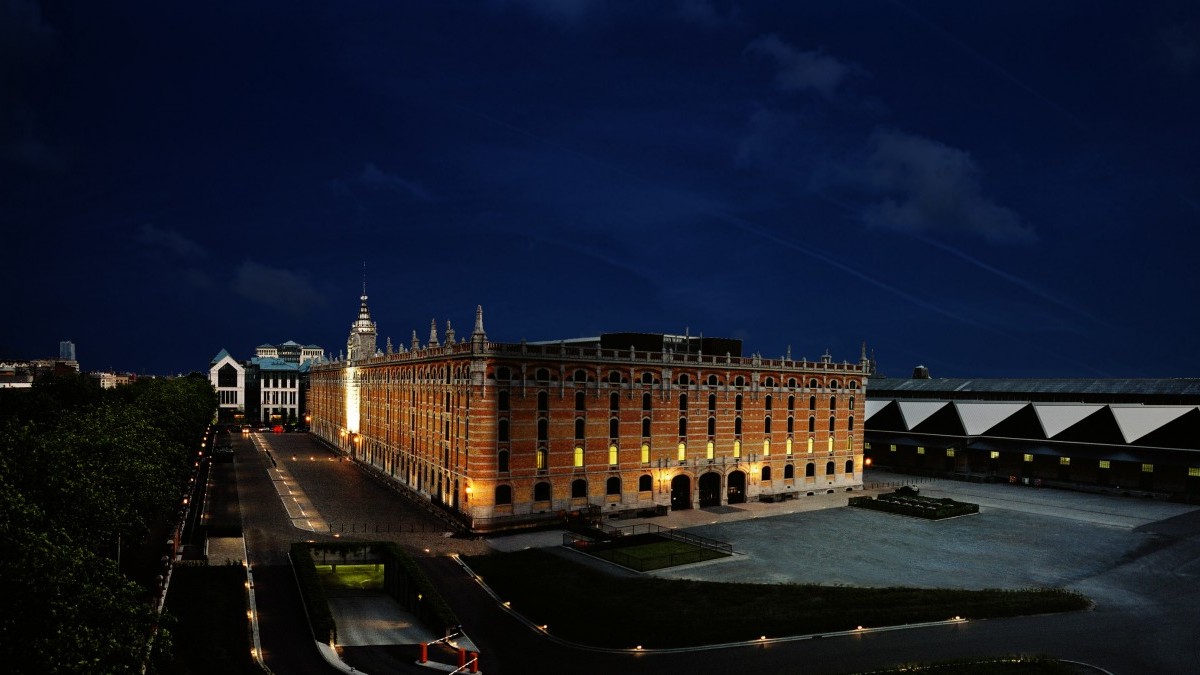 Brussels is an international transit hub and when the European refugee crisis worsened in 2015 many came to the city, living in makeshift tents and shelters in Maximiliaan Park in the Northern Quarter. At its height, the park became home to more than 1,000 people waiting to register with the Belgian Immigration Department. Although the arrival of refugees has produced political tension across Europe, in Brussels it also led to support networks springing up for refugees – offering practical support in terms of a place to sleep and advice in dealing with bureaucracy. Simultaneously, some creatives have offered a cultural welcome to the city, through Cinemaximiliaan, which offers film showings to refugees in a variety of settings.

Cinemaximiliaan is coordinated by Gwendolyn Lootens, a visual artist and documentary maker and Gawan Fagard, an art historian and film programmer. In September 2015 the pair brought film equipment to Maximiliaan Park and with the help of volunteers, offered film showings every night. The screenings became social occasions, and citizens stayed in touch with refugees after they were moved to asylum centres around Belgium. Now the screenings have extended to asylum centres, which today are where many new arrivals first encounter the work of Cinemaximiliaan.

Screenings have also spread to homes around Brussels. A citizen’s solidarity movement, which offers spare rooms and political support to refugees, now has a Facebook group with 27,000 members. Offering home cinema evenings is an extension of this welcome, which also involves sharing dinner and making social connections. The project has now expanded to include other activities such as music performances, debates, lectures and workshops. Eighteen months into the project, Cinemaximiliaan is now developing plans for a film production house. Based in a large house in Molenbeek, it offers film recording and editing studios and a setting for a wide variety of people to work together as camera operators, costume designers or make-up artists as well as film-makers. Film production is on a voluntary basis, with everyone working together on an equal level. In December 2017, the Hakimi family from Afghanistan made the first film to emerge from this project in collaboration with directors Rokhsareh Ghaemmaghami and Julie De Clercq.

The project has ambitions to create a sense of ‘family’, which in ten years will be able to provide support for a new generation of incomers. In order to create a sustainable model, Cinemaximiliaan has recently become a not-forprofit so that it can seek more structured funding. In 2015, the project won the Flemish Culture Prize for Sociocultural Work with Adults. It was judged outstanding in addressing an acute social problem with a project which has gone beyond the local context of the city to have a countrywide impact. A 2018 World Bank report shows that 80–90% of forcibly displaced people live in towns and cities, meaning that dealing with large numbers of refugees is most often an urban issue. The Cinemaximiliaan experience may therefore offer useful lessons for many other cities.