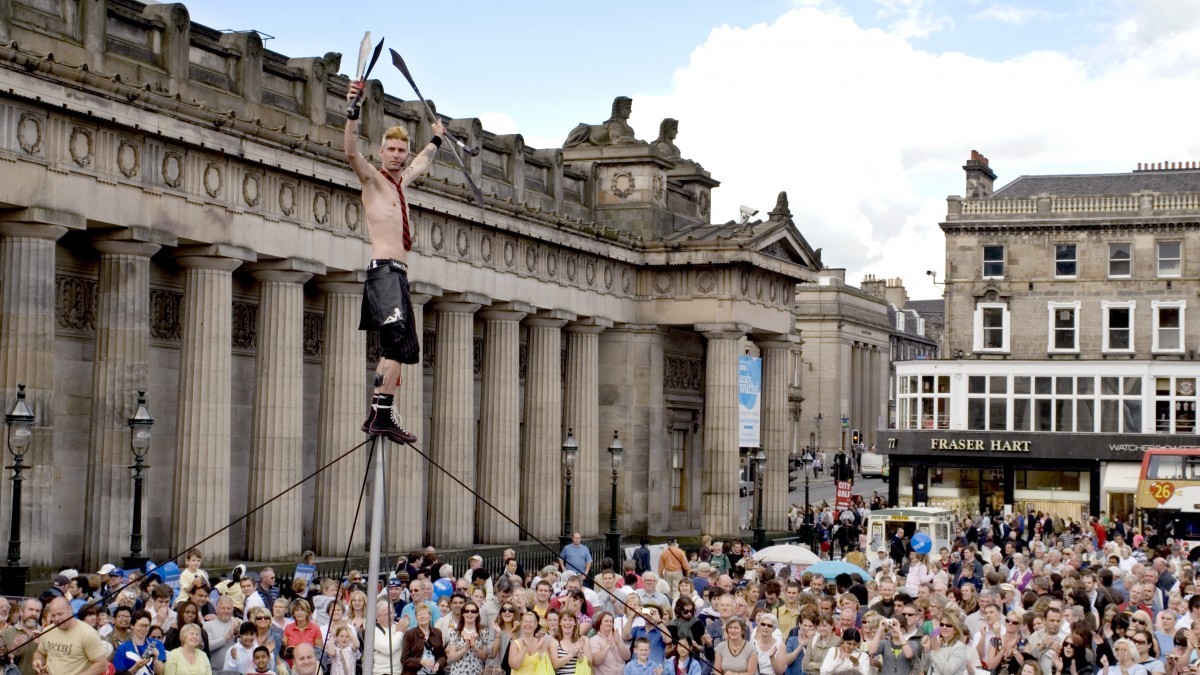 Support for independent artists is vital to cultural scenes worldwide, particularly in Edinburgh, with new talent being central to the life of the Festivals and broader cultural ecology. Edinburgh has a large number of experienced independent performing artists. However, a report commissioned in 2014 by Capital Theatres for the City of Edinburgh Council found that most of these artists lacked access to funding, production and company management expertise, and affordable work space. They had little sense of how the City of Edinburgh Council might support them, and lacked a feeling of belonging to a discernible artistic community or network. Consequently, the report recommended a new model of support be established to help Edinburgh’s independent performing artists fulfil their potential.

Edinburgh Performing Arts Development (EPAD) is a Council funded project which acts as a facilitator and connector, enabling Edinburgh’s independent performing artists to share knowledge, experience and facilities within the city’s existing cultural infrastructure. It aims to highlight Edinburgh’s independent performing arts sector to those working in the city’s cultural sector, including funders, while keeping its management and administration costs low.

The project operates across three programme areas: space, support and networking. A searchable directory of artistic spaces for meetings, rehearsals and creative development across Edinburgh was launched in summer 2018, to maximise the city’s spaces and venues for creative use throughout the year. Between September 2015 and March 2018, the project has held 18 ‘surgery’ days, at which artistic partners have met with 130 Edinburgh-based performing artists and producers seeking support with their project or practice. Partners have then supported these individuals with 209 advisory meetings and 24 more extended ‘interventions’ of practical, hands-on support. The aim of these is to steer independent artists and producers towards more informed decisions and actions. Six networking events in two years have also been held, bringing together Edinburgh’s performing arts sector. This was a unique opportunity for connections to be made and discussions to take place on a scale not possible elsewhere in the city. EPAD aims to provide an informal environment where all Edinburgh’s performing arts workers can come together as one, with the city as a common denominator.

Key to EPAD’s success has been its clarity of purpose and focused objectives, which continue to be driven directly by the needs of the artists it serves. Artists themselves have commented on EPAD’s friendliness, openness and generosity. Feedback about the project is regularly being sought from users, and used to inform a future programme of networking events, training and facilitation.