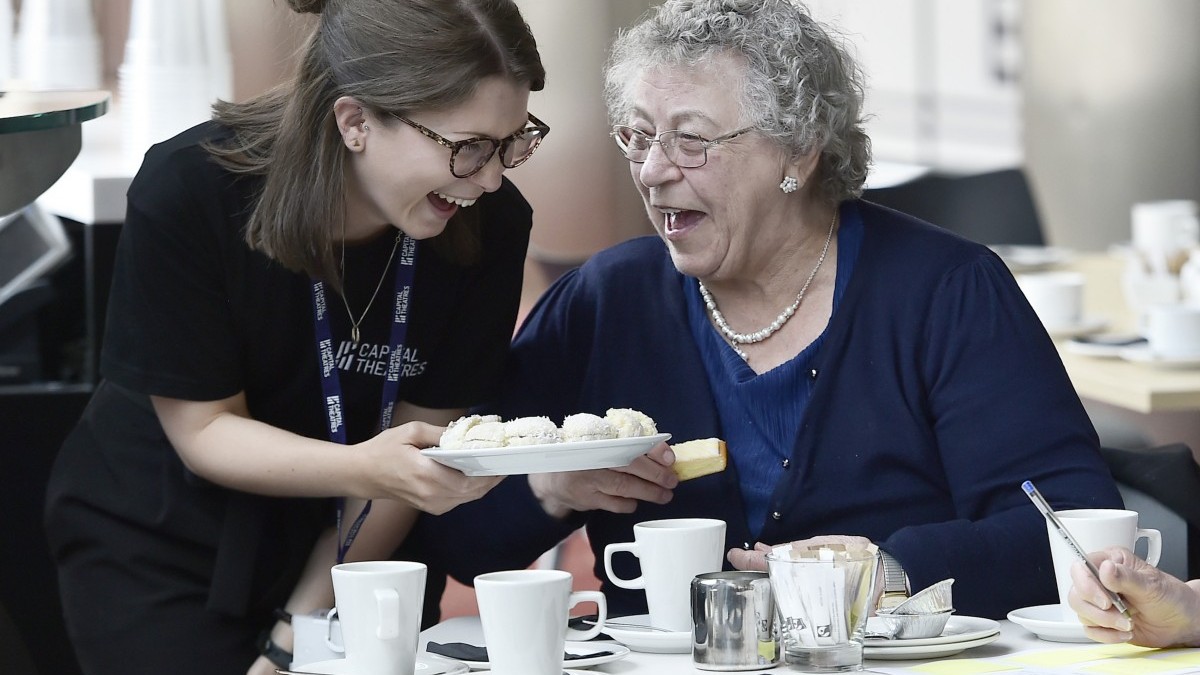 In 2015, staff at the King’s and Festival Theatres in Edinburgh noticed that people who had been avid friends of the theatre for many years had stopped attending events and shows. When they contacted these people to try and discover why, they learned that one person had been diagnosed with dementia and no longer felt confident to see shows. Capital Theatres, the trust managing these theatres as well as the Studio Theatre, decided to look at what it could do as an organisation to enable people living with dementia to continue seeing shows, and remain an active and valued part of the theatre community.

The Dementia Friendly Communities Project, formerly known as the Forget Me Not programme, has created a more enabling theatre environment for audiences living with dementia. This began with an audit of the Festival and Studio Theatres, resulting in improving lighting and the signage for wayfinding and applying dementia friendly design to any future alterations planned by the theatres. A focus group made up of people living with or affected by dementia acted as consultants on the alterations made. An ‘assets-based’ approach also identified what the dementia community could bring to the theatre, rather than focusing only on problems and needs.

Another significant part of the project has been programming dementia friendly events and performances, including the first dementia friendly performance of a major touring musical in Scotland, ‘Chitty Chitty Bang Bang’, and the UK’s first dementia friendly opera, ‘The Marriage of Figaro’, produced by Scottish Opera. The Studio Theatre also hosted the world premiere of ‘Curious Shoes’, a bespoke piece of theatre developed by artist Magdalena Schamberger, in consultation with people living with dementia. Alongside this programme of events, the project has worked with artists, dancers, theatre makers and storytellers, some living with dementia and some not, to allow people with dementia to express themselves through creativity. Three books have been published documenting this part of the project’s work; ‘An Audience With…’, ‘Vivid Rebellion’ and ‘Beyond Memory: Storytelling and Singing’.

The project is unique in Edinburgh and Scotland, in the scale and scope of its work. Supported by the Capital Theatre Charitable Trust, it aims to become the industry lead in dementia-friendly practices in Scotland. All staff at Capital Theatres are to become Dementia Friends as part of their training, and frontline staff – box office, bar and front of house staff – will all receive further training on communication skills. For the project’s second phase, from 2018–21, a key aim is to connect with people living with dementia who face additional challenges to engaging with the performing arts. This includes people with younger onset dementia, LGBT, BAME, disabled communities living with dementia and people living with dementia in deprived areas. More widely, its leaders aim to support a culture change within the broader performing arts sector in Scotland, ensuring all arts venues have the confidence to embed dementia-friendly practices into their work.