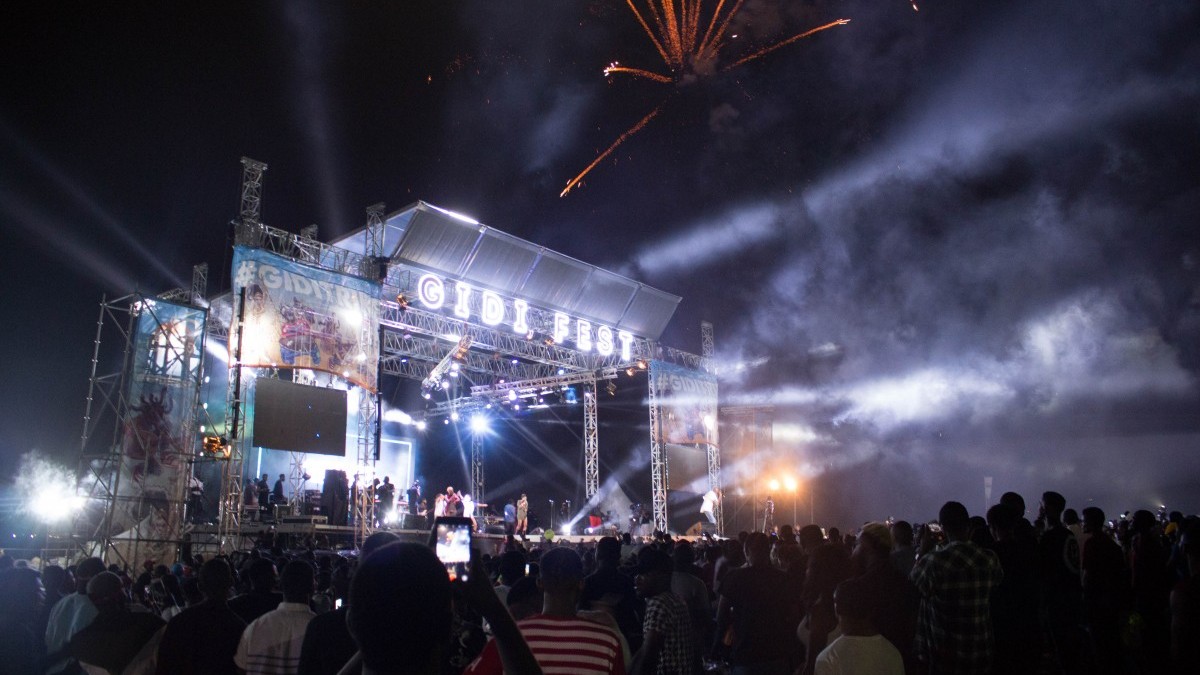 Nigeria is the largest music market in Africa and music can be heard all over Lagos – from ringtones to blaring speakers on private transit buses. The African music movement has seen success across Africa and beyond to the UK and the US. However, historically, African music and artists have had comparatively limited reach internationally. Monetising the Nigerian music scene has also been challenging domestically, with single-track sales and advertising forming the main revenue streams.

Lagos’ Gidi Fest is part of a new wave of festivals developing the economic potential of the music industry locally and also acting as an ambassador for African music across the world. Gidi Fest was first launched in 2014 as a one day multi genre music festival and is hosted annually over Easter weekend. It includes live music, games, food and art exhibitions as well as offering training, volunteering and internship programmes. Gidi Fest gets its name from a popular nickname of Lagos, ‘Las Gidi’. It has grown from a small event relatively quickly and now attracts an audience of over 5,000, with the hope of tripling that audience within a couple of years. The festival is affordable for young people, offers a safe space for audiences and promotes an economically viable live music platform for African music in Nigeria. The event is a melting pot of African sound, but also offers a platform to tell Nigeria’s stories from Nigeria’s point of view and change negative perceptions. Recent performers have included Diplo, Davido, Wizkid, Tuface, Yemi Alade, Sauti Sol, Efya, Tiwa Savage, Vanessa Mdee, and DJ Obi among many others.

The event is organised by a live entertainment company led by Chin Okeke and Teme Banigo and sponsored by various private companies cutting across many sectors, from beverages to finance, as well as receiving support from Lagos State Signage and Advertisement Agency (LASAA). The event brings an economic boost to the area estimated at $1 million and is also used to develop skills among young creative sector workers such as sound production, event management and PR.

The festival plays a pivotal role in driving positive and sustainable change in the African music industry, promoting new talent and helping Nigerian artists develop live performance skills, which are so important in making a profit internationally today. Plans are in place to increase reach: online platform Gidi TV stores content and broadcasts the festival live to a worldwide audience and there is also a PR campaign in the US and in airline and international festival magazines. There is a Gidi Radio Show in the works with a global internet radio station, and other plans to grow audiences globally through partnerships that will place more African acts in international mainstream and independent festivals. The challenge for the future will be to continue to grow audiences so that Gidi Fest can be a widely recognised platform for a new African generation of musicians.