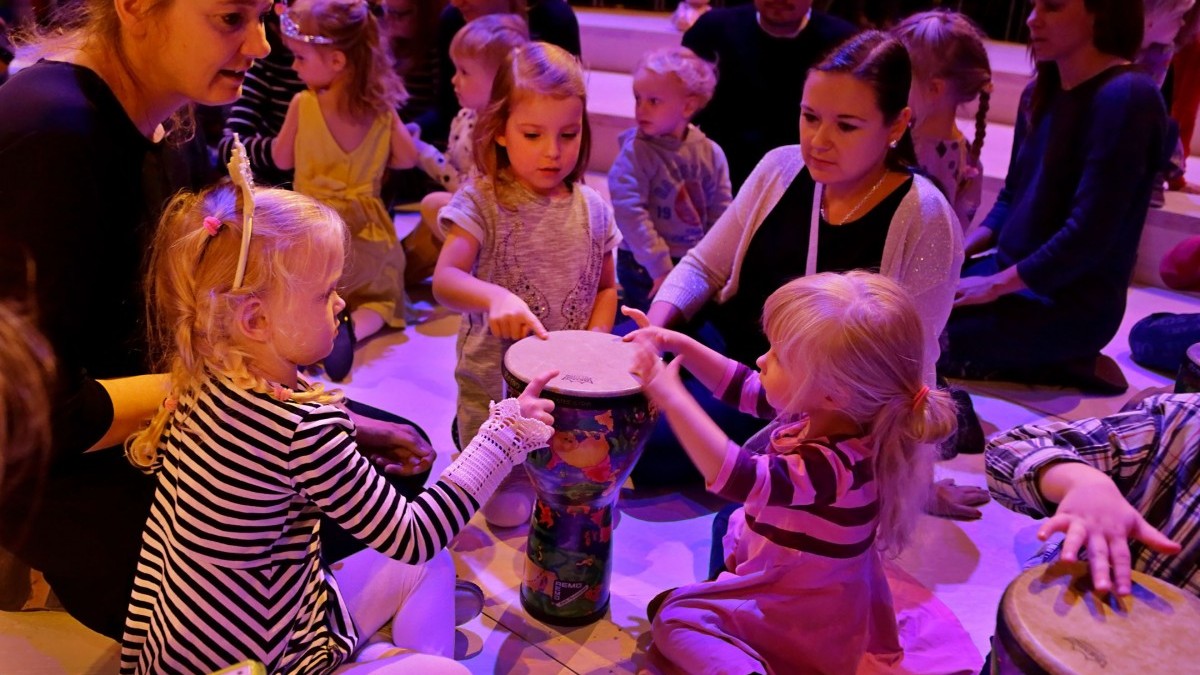 The City of Helsinki wants to pursue a policy of equal access to the arts for all citizens, but this can be difficult to translate into practice for artforms like classical music, which have an exclusive reputation. Meanwhile, those involved in classical music realise it can only have a future with the interest and commitment of younger generations. To address these issues, in 2012, Helsinki Philharmonic Orchestra extended an invitation to the family of every newborn in the city, offering to become the ‘godparent’ to the new child and to give the whole family a shared experience of music. Through this project, the orchestra hopes to awaken a love of music and playing music in young children.

Initial invitations to take part were distributed via Helsinki’s child welfare clinics. Interested families then signed up for the project and received a CD of classical music. The programme itself consists of two seasons of activity each year: themed children’s concerts in the spring and active concerts with workshops in the autumn. The programme is free and will be offered over a seven year period to this cohort of children, giving them an extended opportunity to engage with classical music as a normal part of their childhood. The orchestra has planned the programme to be artistically ambitious and give families a shared experience together, as well as helping very young children develop motor skills and teaching them about music. There are also wider social benefits, such as the networks which naturally develop between families taking part.

The orchestra’s approach is innovative in its comprehensive outreach to an entire generation, and long term commitment over several years. It has considerably lowered the threshold for visiting Helsinki Music Centre. The work also required cross-sectoral co-operation involving music education professionals with the City’s Child Health Centres from an early stage in the project. Ultimately 3,400 families took up the invitation, or around 50% of those with children born in 2012. The City intends to develop the core idea of the project for a much broader range of artforms, with plans for every child in Helsinki to be offered ‘artistic adoption’ by a cultural institution from 2020 onwards.