BROADENING AUDIENCES WITH LIBRARY OUTPOSTS IN PARKS AND SHOPPING CENTRES 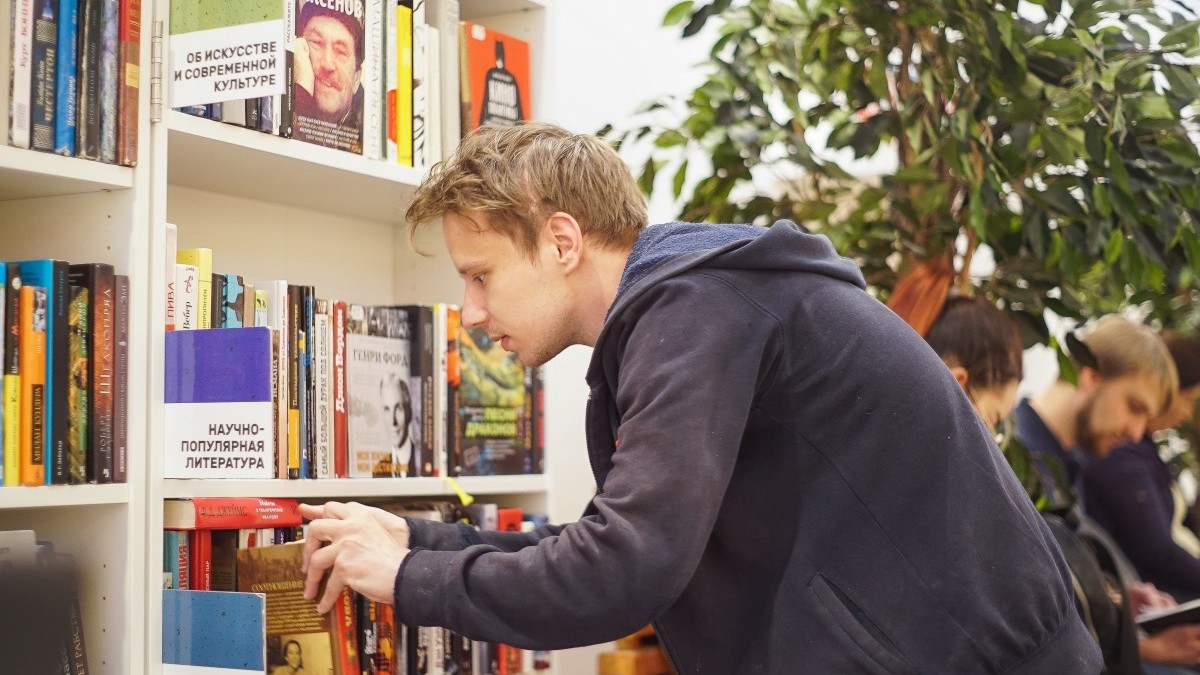 Nekrasov Central Library is Moscow’s main library, with a stock of over one million books. However, in common with libraries across the city, it has experienced a crisis of purpose caused by a lack of funds and dramatic changes in technology. Although libraries have been changing the way they look and communicate with citizens since 2013, by 2016 they were used by only 15% of Muscovites. Nekrasov Central Library realised it needed a new paradigm to bring books to people and has therefore begun to open small libraries in parks and shopping centres.

In late August 2016, it opened its first ‘library point’ in a new shopping centre in Moscow. An eight square metre space was rented to the library at a nominal fee, allowing people to sign up for library membership on the spot. It contains around 700 books which can be borrowed or read in the space. Visitors can also return books borrowed elsewhere in the city, enjoy interactive art and play board games. The design is attractive and modern, decorated with well-designed seating and wall illustrations. The project has been a success, and a second library point opened in Vodny shopping mall in February 2018. Libraries have existed in parks for a longer period, but Nekrasov Central Library has extended the concept by offering loans in these spaces too. This service sits alongside cultural events like masterclasses, quizzes and ‘bookcrossing’ shelves (where readers can leave books they no longer want for others to take). At Bauman Garden, a light wooden structure offers protection for the books, and a space for craft and other activities.

Moscow’s library points are part of a trend across world cities to bring culture into unconventional locations, spread across a much wider geography. Some library points are now appearing outside residential building blocks, making it easy to pick up and drop off books. Placements in residential areas, and in heavily used commercial and leisure spaces, broaden audiences beyond a committed minority to less culturally engaged audiences, who are drawn in by the ease of use. However, the library points also act as a subtle advertisement, marketing all the cultural institutions of Moscow. Their permanent presence in a busy public space also underlines that libraries remain part of modern society. At present, these experiments show good results, and the initiative continues to develop in 2018.