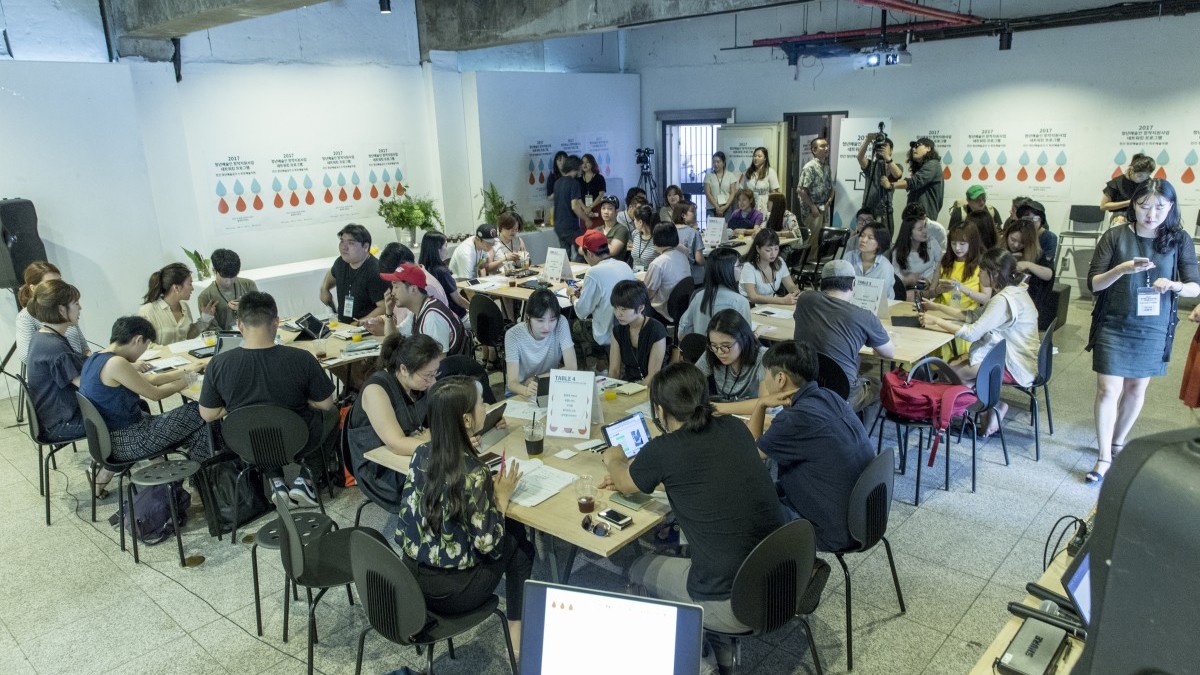 People working in Korea’s cultural industries have faced rising rents for both workspace and housing, irregular work, low incomes, and – particularly in Seoul – aggressive competition for funding. There are around 130,000 artists in Korea, with about 50,000 residing in Seoul. The advent of new technology and remote working, alongside the high youth unemployment of recent years has led to a rise in the number of full-time self-employed young artists in the city, but little social recognition and support in line with this. In 2011, the tragic death of writer Choi Go-eun, who ended her life, leaving a note to her landlord apologising for months of unpaid utility bills, led to calls for government policy to better support young people in the creative industries. The City government now aims to make Seoul into one of the world’s top ten artist-friendly cities by 2030, through a comprehensive support plan for young artists; the first such initiative to be set up by a local government.

The project began in 2015 with a task force and Young Artists Forum. Artists’ surveys and expert consultations were later organised to highlight ways of improving artists’ living standards. These led to a detailed plan which provides artists with wide-ranging support, from housing and workspace to jobs, growth and development, allowing them to focus on their creative activities, without the worry of how to make ends meet.

The City government has planned to create jobs for social artists, including 300 jobs in public arts, 1,000 jobs in street arts and festivals, and 4,000 jobs in arts education by 2020. This will enable artists to secure a minimum income through their artistic activities, while also bringing more art into the daily life of local residents. Mandatory standard contracts will protect the labour rights of artists, initially in public organisations, later gradually expanding into the private sector.

Meanwhile, under the plan’s housing segment, 1,000 public rental housing units for artists (studio flats, co-operatives and multi-occupancy houses) will be provided by 2020, taking into account both the needs of potential tenants and the balance of the local area. Areas for urban regeneration and redevelopment will be prioritised for these housing sites, to support rejuvenation of those areas, while also developing new cultural audiences in these locations. A total of 320 workspaces, including joint workspaces and shared common workspaces, will also be built by 2020.

Plans to support the growth and professional development of artists are also under way through a number of education programmes, to be rolled out gradually. In the future, 300 artists a year will have access to leading professionals through an accredited arts education programme, with additional programmes available in key rights issues affecting the creative industries, such as copyright and employment contracts. A foreign exchange programme will also be introduced, enabling artists to work on projects abroad, and foreign artists to bring their talents to Korea.