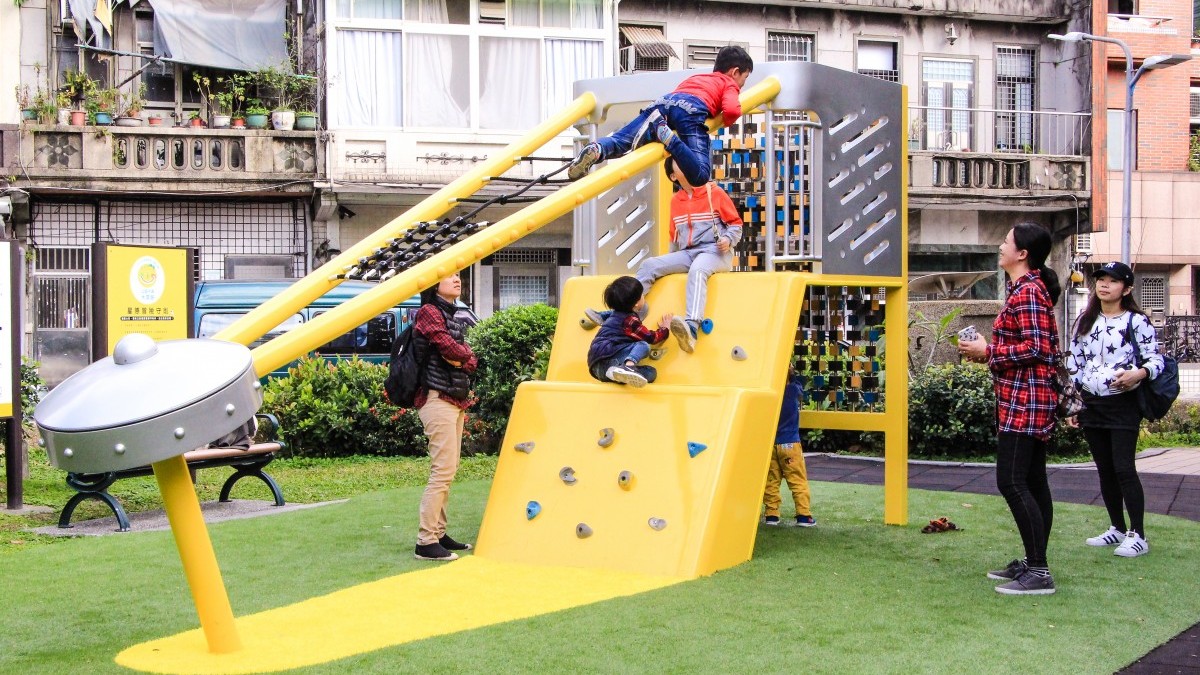 Taipei Design Action is a series of events and projects taking place every year to involve the public in improving their neighbourhoods through good design. As part of the publicly-funded programme, designers base themselves in a designated neighbourhood, organising workshops to gather local people’s opinions on potential changes to their environment; they then offer their expertise to make these changes happen. The programme began in 2012 as a series of projects intended to create momentum for the city to apply for World Design Capital in 2016. It reflects the City’s belief in social design and community participation as responses to social problems and to drive social change. Its focus is on small-scale developments in practical everyday community spaces, such as pedestrian areas, parks and markets. Designers have since transformed the historic East Sanshui Street, helping retailers make their traditional street markets more attractive and accessible to the city’s young people, who increasingly prefer online shopping and fast food. The changes made have been simple and affordable, such as rearranging shelves and designing new advertisements.

The programme has also created new green spaces and play areas in Taipei. The use of custom-designed rather than pre-built play equipment is part of an effort to make the city’s playgrounds more accessible to disabled children and their families. In 2017 and 2018, designers turned unused land beneath a high rise commuter bridge into a bright yellow playground, and created five more new small parks in the city. The new playgrounds have used design elements to celebrate local history and industry.

Designers involved in Design Action have emphasised the idea of ‘unity design’ in introducing their ideas to the public; making the spaces free and accessible to all ages. It is hoped the project will make Taipei a future role model for urban development.