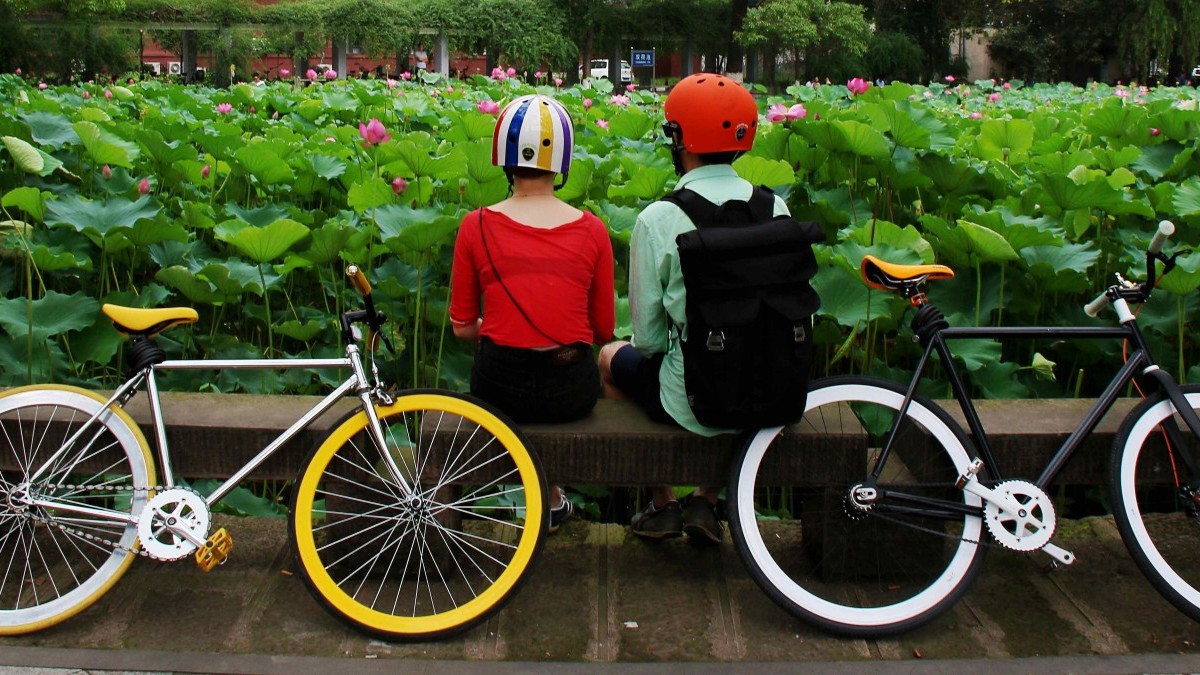 The rapid growth of China’s economy has also led to increased urbanisation, prompting growing concerns about the impact on the environment and people’s lack of engagement with nature. The gridded, tightly packed urban layouts of many Chinese cities have led to shortages of green space. Chengdu’s achievements in ecology and greenery have been internationally recognised since 1998, when the city received the UN-Habitat Scroll of Honour Award for its comprehensive renovation project of the Funan River. Between 2010 and 2015, 31 wetland parks opened in Chengdu. In 2015, the city was named in China’s first group of Distinguished Green Development Cities. In honour of its pledge to be a ‘City of Garden and Parks’, and to enhance the city’s landscape and create a lowcarbon city, Chengdu is now building the world’s longest greenway walking and biking system. This is part of plans for an expansive system of greenway trails stretching nearly 20,000 kilometres across the city. The first phase of construction will be complete by 2020, with a further 1,920 kilometres of greenway to be built in the city by the beginning of 2025, and an entire citywide greenway network to be completed in 2040.

The Tianfu Greenway will link together parks, nature reserves, and cultural and historical sites across the community. As well as boosting the economy of the surrounding areas, it will create space for residents to relax, exercise and socialise. As one of the most important civic wellbeing projects in Chengdu’s history, the completion of the first phase in 2020 will turn one third of the usable land in Chengdu’s urban area into green space. Chengdu sees the project as underlining its bid to become a world-class city and cultural centre, reflecting both its green ethos and a desire to enhance the wellbeing of its citizens. The Tianfu Greenway is an open, multi-functional and sustainable system, making it an innovative way of upgrading Chengdu’s urban ecology.

The project hopes to expand on the success of smallerscale green space initiatives in recent decades, in places such as Singapore and Japan and create a blueprint for many other rapidly developing Asian cities. When it is fully completed, Chengdu will have a three-tier greenway system serving the entire city at district, urban and community levels. The large district level greenway, comprised of one axis, two mountains, three rings and seven paths, will connect the city’s major urban regions. This will then be joined to another network of greenways linking together community facilities, such as kindergartens.