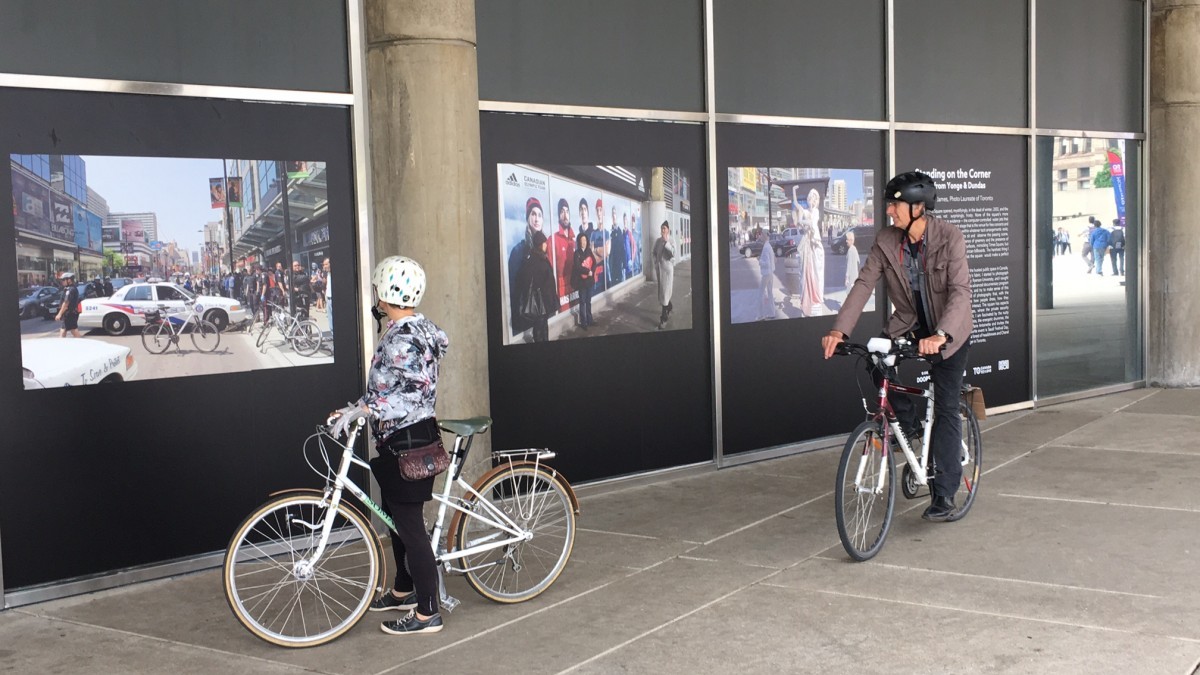 ‘Spanning the Don’ is a photography exhibition by Geoffrey James, Canada’s first Photo Laureate, to mark the 100th anniversary of the Prince Edward Viaduct, one of Toronto’s most recognisable and iconic structures. Taking place at City Hall throughout 2018, it is the second exhibition of James’ work to be staged by Doors Open Toronto, a celebration of the city’s built environment offering free tours of buildings not normally open to the public. City Hall’s ground floor windows provide frames for James’ monumental pictures of the bridge, paired with historic photos by Arthur Goss, the City’s first official photographer.

The programme is an example of effective collaboration between municipal government departments, which can sometimes be difficult to achieve. Cultural Partnerships, responsible for the Photo Laureate programme, recruited Transportation Services to sponsor the exhibition, which is part of a larger citywide event run by City Cultural Events, with City Archives also involved.

As a result of the programme, visitors were able to view the Prince Edward Viaduct in an entirely different way. It provides a glimpse of Toronto’s history most often relegated to the City Archives, the repository of Arthur Goss’ photographic legacy. Further activities commemorating the Viaduct’s anniversary included a reading by Toronto’s Poet Laureate, Anne Michaels, of Michael Ondaatje’s beloved novel, ‘In the Skin of a Lion’, inspired by the construction of the bridge.