TAKING A PROGRESSIVE APPROACH TO STREET AND PUBLIC ART POLICY 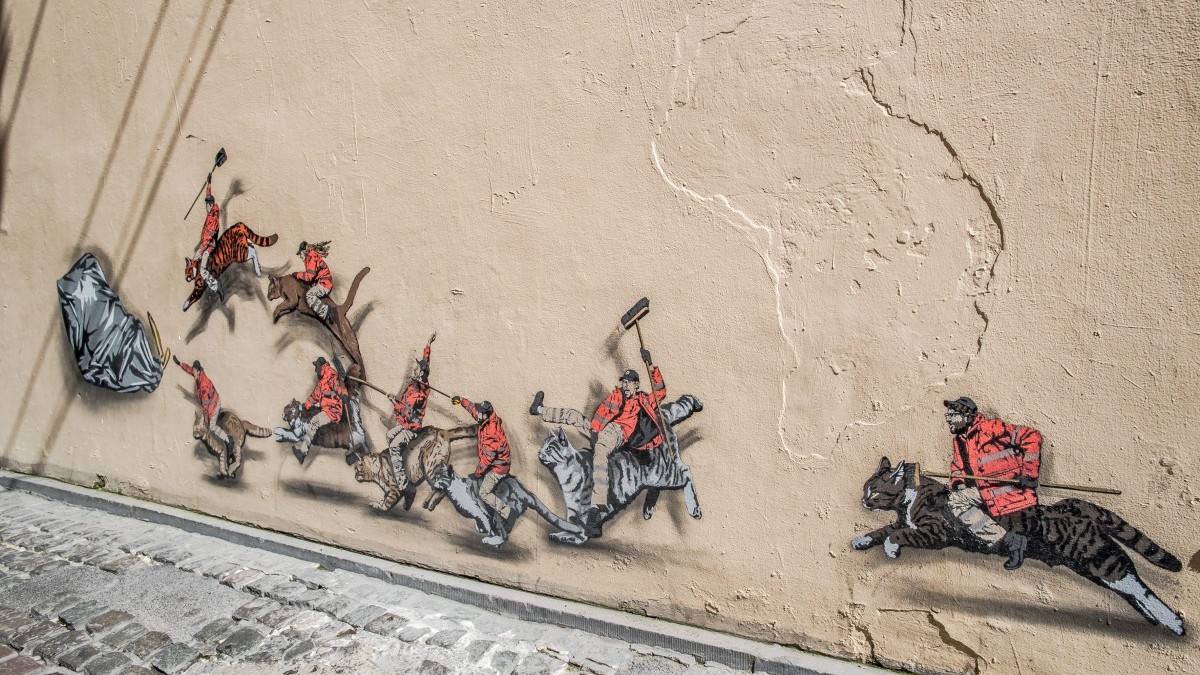 Brussels has a lively street art scene, ranging from music to contemporary sculpture, festivals, events, performance art and graffiti. In the past few years the City authorities have developed a tolerant and light-touch approach to overseeing this. Although its management processes aim to create well-organised use of urban space that does not cause a nuisance to citizens, its policy is designed to allow challenging art and prevent censorship, recognising graffiti in particular as a legitimate urban form.

For public sculptures, the Urban Art Committee looks at what new pieces should be acquired by the City, the maintenance of existing works and how public art integrates into the urban landscape. Works include Alexander Calder’s abstract spiral shape in a fountain ‘The Wirling Ear’, Lucile Soufflet’s ‘The circular bench’, which mixes practical street furniture with art, and Jean- François Octave’s ‘My gay mythology - a monument to everyone’ that bears some resemblance to a street information point but lists inspirational gay figures. This variety of forms, materials and subjects expresses the progressive values of the city.

Since 2014, the City has also invested €100,000 each year to creating new murals on its streets. Its ‘call to walls’ invites private owners to offer up their buildings as a canvas for art works. Sometimes art is produced to order, but there are also ‘walls of free expression’ where artists can paint what they like. As long as works do not incite hatred, the City does not impose censorship, and subjects that might be challenging to some are on display. Five years into the project there have been more than 50 partnerships bringing together public cultural and educational organisations, private individuals, non-profits and urban artist collectives, producing nearly 100 frescoes. Brussels offers a dedicated website mapping these street art locations and visitors can follow trails on a particular theme through the City.

Brussels also hosts 300 cultural events each year, managed through a simple form. Although the Cultural Department will often propose adaptations of an organiser’s original plan, such as moving location, the intention is to approve and support events and 95% of applications are agreed. Street performers are also welcomed, and the number of places where music or other sound is allowed has expanded. At the same time, no sound can be louder than 60 decibels and performers are forbidden to perform out of hours. This balances the needs of local residents with opportunities for entertainment. ‘Non-sound’ performance can take place anywhere in Brussels, provided it is agreed with the Culture Department.

This approach has positioned the City as an enabler of Street and Public Art, growing a street scene that has become an attraction in itself, and creating an atmosphere where artists are welcomed rather than restricted. This in turn signals the tolerant and diverse nature of the city to visitors and citizens.