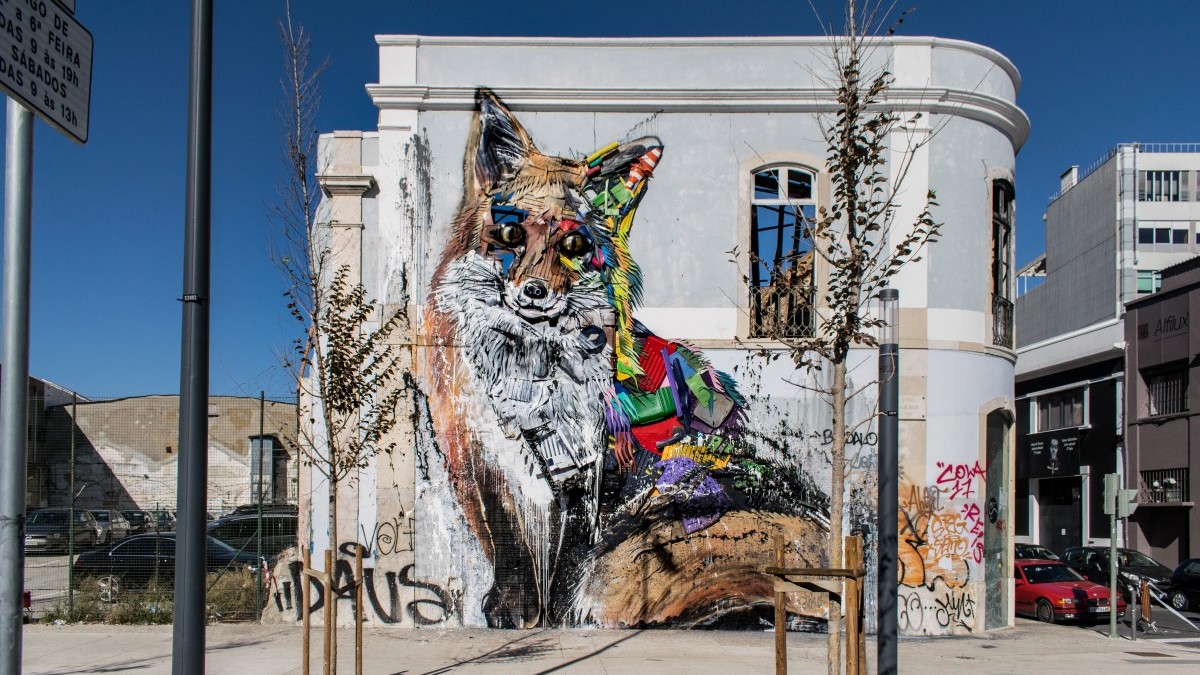 World cities now increasingly recognise urban art as both artistically valid and a boost to their cultural economies, especially as it lends itself particularly well to being shared by young people on social media. This recognition has been shown through policies aimed at protecting existing street art, and creating spaces for new art.

Urban Art Gallery is a citywide project promoting graffiti and street art in Lisbon. Organised by the Department of Cultural Heritage of Lisbon City Hall, it began in the city’s Bairro Alto neighbourhood following a drive to clean graffiti from buildings. It was then decided that a way to combat vandalism was to create a legal, structured space for graffiti artists, and a set of panels was installed in Calçada da Glória as an exhibition space.

The project’s key focus is conception and curatorship of urban art projects, including creating and administering proposals for new projects, and identifying new project sites. The remaining focus is on public awareness and engagement. Publicity campaigns have promoted street art via different media platforms to a diverse range of audiences, from the public to journalists and city leaders. Lisbon’s urban art scene has already received extensive national and international media coverage. Meanwhile, guided visits and workshops have been designed for audiences of different ages, particularly those from lowincome backgrounds. Through these activities, participants can learn about the history, techniques, and discourses of graffiti and street art. The project also supports academic studies, research and publications around the subject of urban art, for example, the book Porque pintamos a Cidade? Uma abordagem etnográfica do graffiti urbano (Why Do We Paint the City? An Ethnographic Approach to Urban Graffiti), published by Ricardo Campos in 2010. As well as creating new art, the project includes surveys of existing art. It aims to create photographic and videographic registries of urban art works carried out in Lisbon since 1974, and integrate them into a public database.

The project has been highly successful in encouraging urban art collaborations across the public and private sector. Reciclar o Olhar (Recycle Your Site) developed in partnership with the Direção Municipal de Ambiente Urbano (Municipal Urban Environment Office) involves creating art with the use of waste collection trucks and glass recycling containers, and is open to people of all ages, with or without previous artistic experience. Lata 65, chosen through the Lisbon’s Municipality Participatory Budget Programme, consists of council run workshops designed to introduce urban art to senior citizens. The MURO Festival, which began in 2015, brings street art to districts away from the city centre and helps to rejuvenate neglected areas. Urban Art Gallery has also partnered with the Google Art Project, a platform which integrates some of the world’s most recognised museums and galleries, and which recently created a section dedicated to urban art, involving 30 institutions from 15 countries.

In the long term, Urban Art Gallery seeks to continue to expand street art’s reach throughout the city, giving street artists more spaces to work. It also wants to continue to raise the profile of street art internationally. Rede Internacional para a Criatividade Urbana (The International Urban Creativity Network), created in Naples in 2011, was founded as a collaboration between Urban Art Gallery and other urban arts projects across Europe.