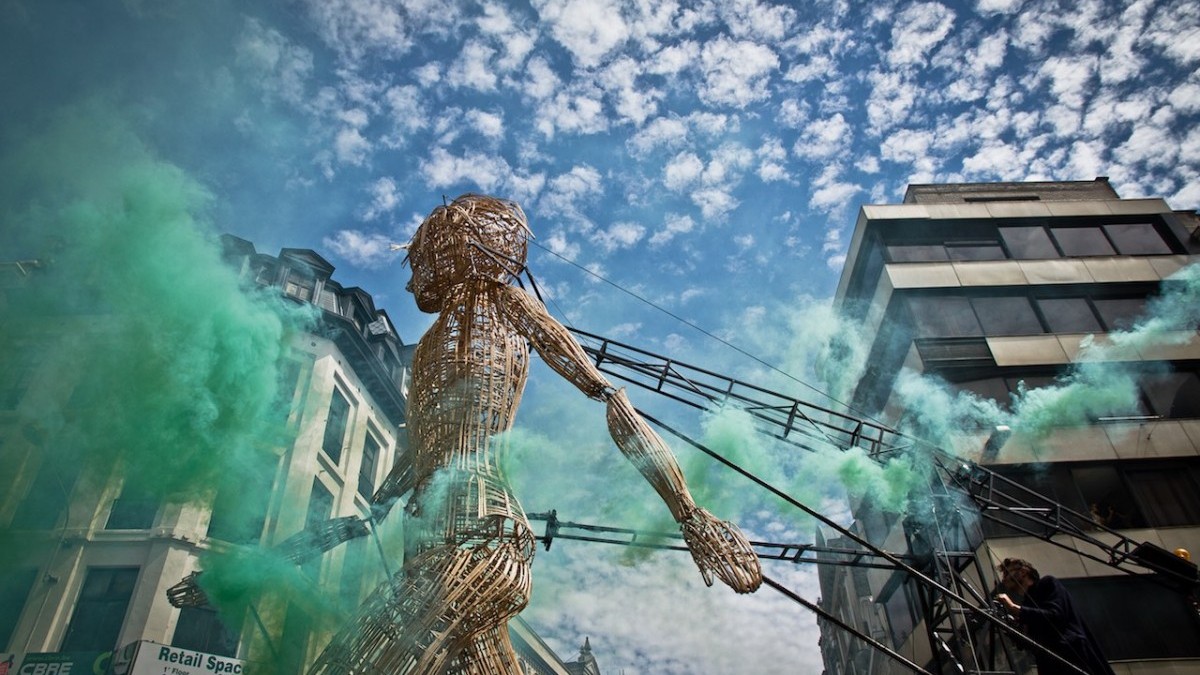 The Mayor of London, Boris Johnson, today called on cities around the world to work together to support and nurture culture and creativity, which he believes are critical to their success.

The Mayor’s comments coincide with the publication of the World Cities Culture Report 2015, the biggest international survey of opinion leaders ever undertaken about the value of culture and cities.

The Mayor of London said: ‘Whilst we make the case for the economic impact of culture and creativity, last Friday’s horrific attacks in Paris, including on significant cultural venues like the Bataclan concert hall, strengthen our belief in their importance to the life and success of our cities. Culture is the heartbeat of urban centres, a priceless asset that informs, educates, entertains and brings people together, making them wonderful places to live in. In welcoming city leaders from around the world this week we are underlining a shared commitment to putting culture at the centre of our plans for the future development of our cities.’

The World Cities Culture Report, which is supported by Bloomberg Philanthropies, draws on a wealth of data to show the breadth of cultural activity in almost thirty leading cities, from how many museums, cinema screens, restaurants and live music venues they have, to how many international tourists they attract and how many people are employed in the creative industries.

Produced by the World Cities Culture Forum, 150 artists, business leaders, entrepreneurs and politicians and opinion formers were asked for their views on the challenges and opportunities facing their cities and how culture can address them. The report reveals that the cultural and creative sectors are increasingly recognised as critical to the success of leading cities around the world, with many contributors talking about the role that culture has in creating shared spaces and bringing people together.

There are however concerns that cities are becoming too unaffordable for creative talent to survive and what practical steps should be taken to ensure arts and culture are accessible to the widest number of people and reflect the increasingly diverse populations now living in urban centres.

London has weathered the financial crisis remarkably well and its reputation as a centre for finance, trade and culture has never been higher. Four out of five people say that culture is main reason that they come to London, with cultural tourists spending £7.3 billion in 2013 (GLA 2015), but there are fears its economic success is making the city increasingly unaffordable for artists and other practitioners. A number of other cities, including Hong Kong, New York and San Francisco, have similar concerns. Like London, many cities are now developing policies aimed at embedding culture in planning, such as the protection of cultural venues and the creation of creative workspaces alongside future development.

Other findings show that as they become increasingly diverse, cities from Paris to Istanbul and Vienna to Singapore recognise the potential for culture to bring people together. However, whilst wanting to reflect different communities, they also want to ensure this is balanced with traditions and heritage. There are also concerns, for example in Amsterdam, that globalisation and the growth of the international brand could also have a detrimental impact on a city’s distinctiveness and liveability.

Many cities are also looking at how to maximise the potential of public space, with cities like Bogota, Melbourne and Toronto already exploiting its potential. Other cities see culture as helping to promote them globally, including Dubai, Shenzhen and Tokyo, which sees the potential created by hosting the 2020 Games.

Tamara Rojo, Artistic Director English National Ballet, who is giving the keynote speech at the summit, said: ‘As someone who comes from Spain, who now lives in London and has performed across the world, I have absolutely no doubt of the importance that culture has to city life and the need for cultural capitals to work collaboratively. At a time when there is a pressure on budgets, particularly when it comes to the arts, it is good that city leaders are starting to recognise its value to all of us.’

Paul Owens, Managing Director of BOP Consulting, the specialist firm which researched and wrote the report said: ‘The World Cities Culture Report 2015 shows that all leading cities around the world are now taking culture seriously as an important item on the urban growth agenda. The report is designed as a useful tool for developing more wide-reaching policies on culture and sustainable growth.’